A bit of healthy competition can do the world of good when it comes to raising money.

Neil Mackey, our Managing Director and Karen Hampton, Sales Director, ran the Wilmslow Festive 10k run on Sunday 24th November 2019. As well as the race itself, the competitive pair set themselves another challenge: who could raise the most money.

The Race is On

They ran the Wilmslow Festive 10k in aid of The Christie Charity, a local cancer charity. It’s Kenny Waste Management’s chosen charity for 2019, so this was a great chance to raise even more money for this hard-working organisation.

The Wilmslow 10k is a popular course, and its largely flat terrain means that runners can achieve fast times.

Our speedy duo did brilliantly. Neil completed the race in 48 minutes and 26 seconds, smashing his 10k target of 50 minutes. Karen, despite her comments that she would “waddle like a duck”, finished with a very unwaddly time of 67 minutes.

By the time Sunday came, two more Kenny colleagues had signed up for the race. Mike Kinnear and Tom Raynor from our transport team didn’t get chance to join in the fundraising challenge, but still managed to raise £180 between them – thanks, guys! 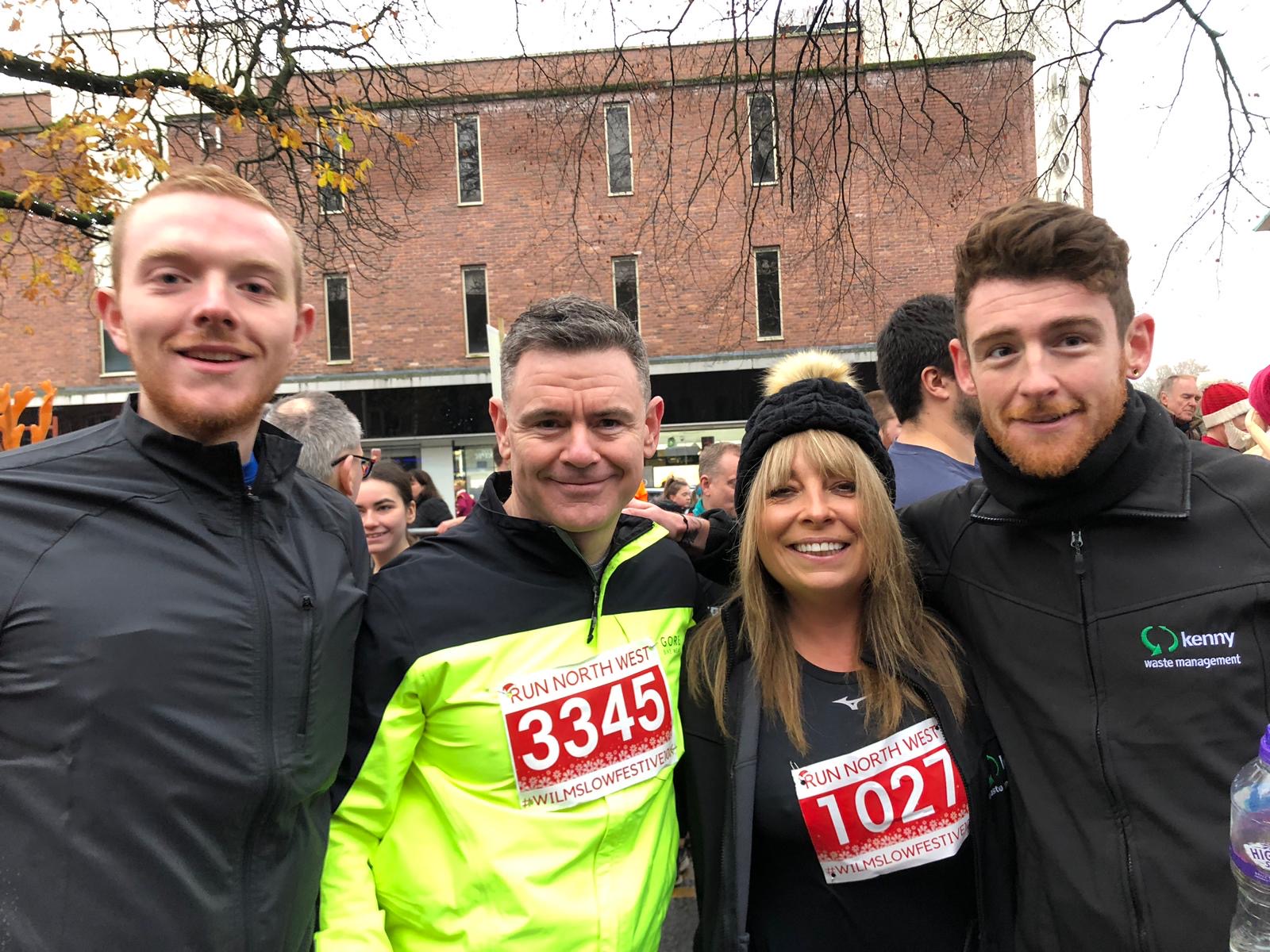 But who was first across the tape when it came to raising money?

A Bit of “Friendly Competition”…?

This wasn’t the first race of this competition. Neil and Karen set up a contest between themselves in the run up to the event, to see who could raise £1,000 first.

Karen raced ahead, and had raised an incredible £1,500 ten days before the race! By race day, this was over £2,000, and Neil had also passed £1,500. So of course, this competitive pair set themselves a new challenge: who would raise the most money overall? 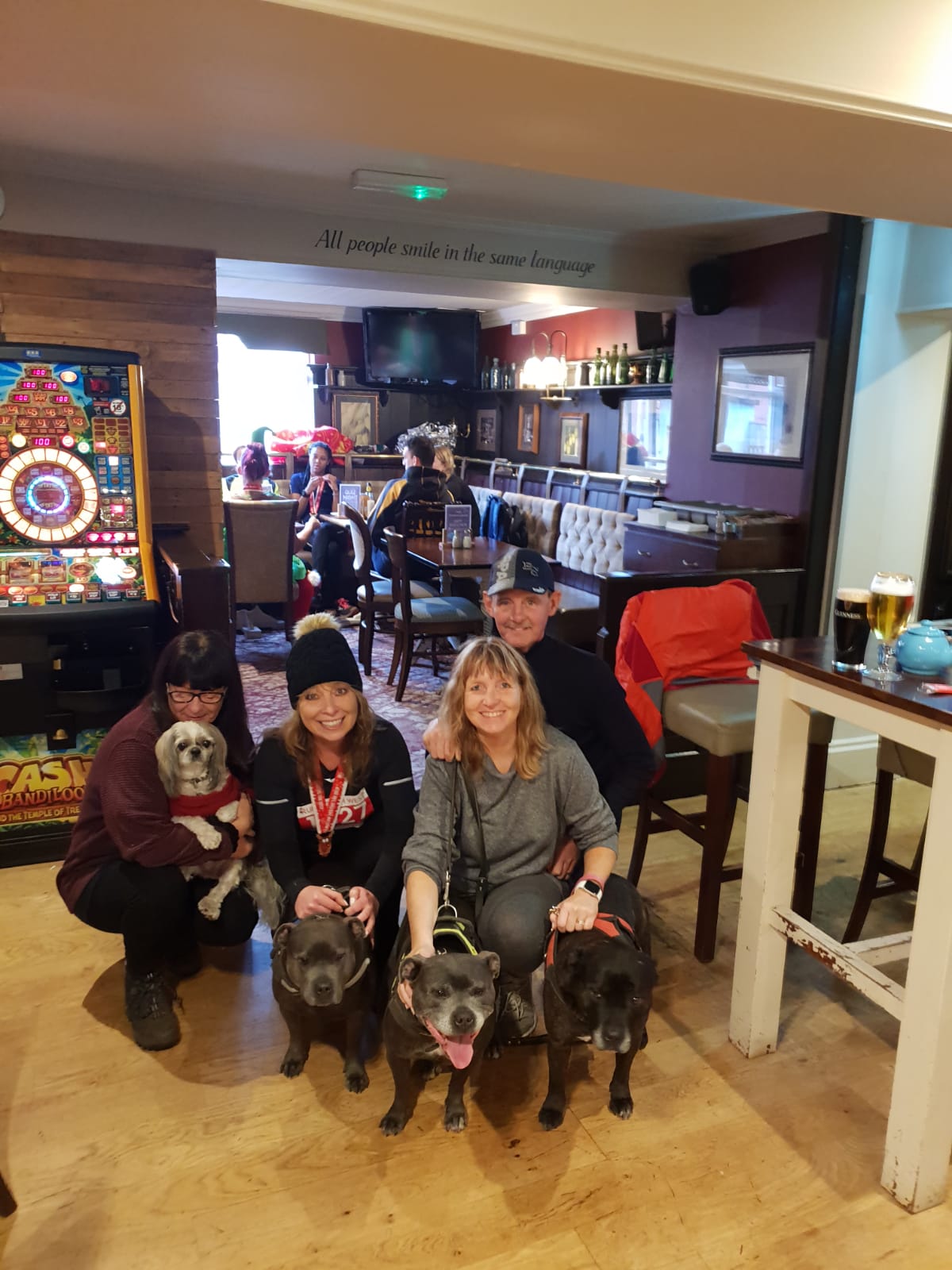 They both did amazingly. However, the surprise winner of the office fundraising competition is Neil. Spurred on by Karen’s early lead, his grand total so far is £4,545, with donations still coming in.

Karen is a worthy runner up, raising £2040 for our chosen charity. Again, people are still donating to Karen – so you never know…

Fundraising for The Christie

This is our final major fundraising event for The Christie Charity one of Kenny Waste Management’s two chosen charities for 2019.

The Christie is a Manchester-based charity that provides additional support for cancer patients and their families. It’s a charity close to all our hearts, especially for Karen, who lost her mum to cancer just a few months ago.

So far this year, Kenny Waste Management staff have raised a whopping £13, 140 for The Christie Charity. Our original goal was £3,000, so we’ve really overshot! With the funds still coming in for the “Wilmslow Four”, and Christmas Jumper Day yet to come, plus other bits and bats, we might even get a final total of closer to £13,500…

We’re delighted to be able to help this fantastic organisation, which makes such a difference to people’s lives at difficult times.

This year, Kenny Waste Management chose two charities to support. As well as The Christie Charity, we also raised funds for the brilliant Tackle4MCR. This Manchester-based charity is a partnership between mayor Andy Burnham and ex-Manchester City Captain (Vincent Kompany was its co-founder) to combat homelessness in the city.

So all we have to say is a big thanks to all the Kenny Waste Management team for making this happen, and to our friends, families and customers for supporting us.

We’re currently thinking about our 2020 charities – and we’ll let you know which ones the team choose.

In the meantime, thanks and congratulations to our four runners, whose diligent training – and endless competitive banter – resulted in such a fantastic fundraising total!