It’s been a great summer for cricket – and that includes for Kenny Waste Management’s local team. We’ve just started sponsoring Denton St Lawrence Cricket Club for the 2019 season – and they’ve only gone and won the Derek Kay Cup and the League!

The Derek Kay Cup Final is sponsored by Tetley’s, and was held at Roe Green Cricket Club on 4 August. Denton St Lawrence 1st X1 played Royton CC 1st XI. The Saints had already reached the top of the League, but Royton also made the finals last year, and had a lot to play for…

However, Saints Skipper Adam Hawley and his team had the edge, and won by five wickets, with a score of 105-5. Scott Kirwan was named Man of the Match.

Then, on 7 September, our winning team was crowned the winners of the Greater Manchester Cricket League (GMCL) Premier League. It’s fair to say that the Saints weren’t expecting this second victory; however, a last-minute points deduction based on new GMCL rules meant that our team shot into the lead. The delighted Saints collected their trophy at their final home match. 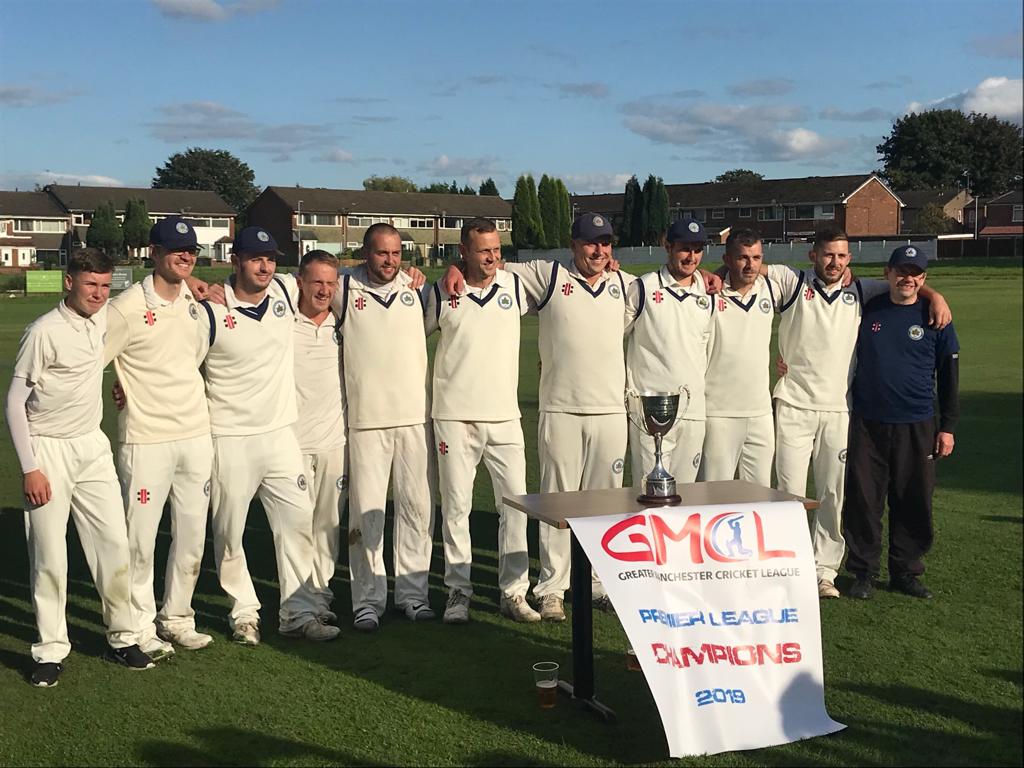 South African pro Neil Hornbuckle, who’s been playing with the Saints this season, was on his way home to South Africa when he found out; and he describes Denton St Lawrence as “definitely a team on the rise.” He’s signed up for a return in 2020.

We’re so chuffed for this dedicated and hard-working local cricket team, and are proud to be their latest sponsors. We’ve been joking with them that now they’re hanging out with winners like Kenny’s, it’s rubbing off on them!

But seriously, they deserve their success, as not only are the Saints a talented cricket team, but they play a great part in their local community, too.

As this cricketing season draws to a close, we’re looking forward to the next one – and hopefully we’ll continue this winning streak together.

To find out more about the winning team, have a look at Denton St Lawrence’s website. If you’d like to know more about Kenny Waste Management’s work with the local community, have a look at our social enterprise work and charities.